By Philip Wade
Posted 02/04/2016
In Into The Light, Relationship With Others, Relationship With Yourself, Self-Mastery, Self-Mastery Resources, You & The Universe, Your Ascension, Your Innate Creativity
Just Be2016-04-022016-04-02https://gatewaylocation.org/wp-content/uploads/2019/03/gwl-issrlogo-wo.pngGateway Locationhttps://gatewaylocation.org/wp-content/uploads/2014/01/self-banner1.gif200px200px
0

Like a train speeding along the track so fast
A world of pace that’s in my past
Schedules, deadlines and meetings galore
A world that asks for ever more
A new and special die is cast
And God smiles with a look of at long last
Your mission is now to shine
To show the world your light divine
For in you themselves they see
All that they hope to be
Shine your light so bright so bright
Like the sparkling morning light
Like a thousand flames let the truth be told
Speak to all young and old
Let them see, let them see
The light in you is part of me
Let the mystery of life unfold
In colours so bright, so bold
For the answer lies in both you and me
If only we just be 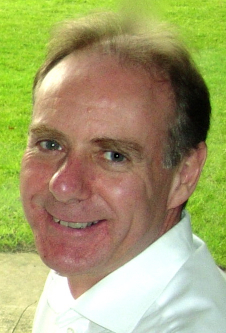 This verse emerged on 2 August 2009 two days after I had left what I now call my ‘old life’ or even ‘past life!’ behind. Apart from sharing it with Sue, now my wife, and possibly a couple of others close to me it hasn’t seen the light of day since! I was reminded of it last night having been in a deeply meditative space all day.

What came to me with great clarity was the stark contrast between the inner space that IS my truth and rest in now and the world at large.
A world ‘I used to exist in’.

Now, there is LIFE rather than mere existence!

It was the inner space or truth that called me to make that particular dramatic change from the many sacrifices, hard earned and non-stop world of a director of a large business working 60-70 hours a week to the inner space or infinite space and freedom.

The transition has been beyond my wildest dreams. Following my hearts calling led to many huge changes, not all easy from the space of mind, both before and after the day I left work. The most profound being the shift from head to heart with the emergence of the awareness of Spheres Of Light (pure consciousness – I am presence) then later Infinite Silence (Nothingness, no thing – absolute consciousness – eternal and unchanging SELF).

The beauty and profundity of this was and IS beyond my wildest imaginings.

So blessed are we.

We are ALL called allow the space for our TRUTH to emerge.

It IS in YOU as much as it IS me. YOU can trust in this absolute TRUTH which is you anyway absolutely.

It IS a knowing and experiencing of TRUTH.

It IS not reliant on any external circumstance.

It IS ever PRESENT.

It IS Infinite Silence