Your highest and greatest good

By Philip Wade
Posted 31/07/2016
In Into The Light, Relationship With Others, Relationship With Yourself, Self-Mastery, Self-Mastery Resources, You & The Universe, Your Ascension, Your Innate Creativity
Your highest and greatest good2016-07-312017-02-07https://gatewaylocation.org/wp-content/uploads/2019/03/gwl-issrlogo-wo.pngGateway Locationhttps://gatewaylocation.org/wp-content/uploads/2016/04/relationship-with-others.jpg200px200px
2

In matters of spiritual truth the only thing that really serves you is what in your highest and greatest good. Following your heart in other words!

Any less than this and you are deluding yourself, causing yourself unnecessary suffering and dragging out the realisation of your truth.

That which is in your highest and greatest good also happens to be in everyone else’s as well!

So why accept anything less? Most of the people on the planet do this most of the time. Why?

It is simple, most of us are so conditioned to accepting and believing that the noise from the egoic mind going on in our heads is our truth. No matter if its comfortable or uncomfortable, makes you feel inferior or superior, puts you at a temporary advantage or disadvantage. All of it is believed in and belief is one heavy weight to carry around.

Beliefs, attachments and identifications with less than the totality of your truth are all really the same thing. They hold you back. Stop you from realising NOW your absolute truth that:

You are already that which you seek.

Your essence is already naturally enlightened.

For years now only the highest and greatest good, my truth, my hearts calling has been my only interest. It has served me beautifully. It has meant letting go of a ton of stuff that was not me and not all of that was easy. However, as I look now I do not recognise that which I once thought I was. A person with this background, beliefs and so on. None of that seems either real or even relevant any more.

All that IS is all that is and it’s expressing itself in this body unhindered. It is liberating beyond the idea of liberation. It is just a natural state or even a stateless state an IS-ness is nearer the mark.

How did this happen? What did I do? In truth nothing. It is as Mooji puts it – it did me. It swept away or more accurately transformed all that I thought I was leaving all that is truly my essence remaining. Nothing was left out.

More importantly NOTHING was left.

I am NOTHING or NO THING yet Infinite Silence and so are YOU.

You may perceive a difference but that perception has come from the conditioned mind or ego and is simply not true. You may however still believe in it and that creates the experience of suffering. This will be the case until you allow the belief to be transformed. To allow your highest truth to radiate unhindered in you, through you as you.

These were the exact words that burst forth as I was asked by my brother in law “How do you feel now?” a few days after I had left my old world indeed old life behind as director of a large business. Mine was rather like the classical story of working class lad to hero yet I’d known and felt in my heart for a few years a burning desire to follow my spiritual path.

The final day in that old life was 7 years ago today! I walked into a huge void. I had a rough idea in mind but the reality was to be truly different had few challenges, was more beautiful and beyond my wildest dreams. Following my heart and continuing to do so no matter what was and is the most important choice in my life.

7 years on here consciousness am I, a Soul in Wonder. Freedom here NOW. With deep gratitude for all of life and, in particular, to my sacred soul mate, wife and spiritual companion Sue. 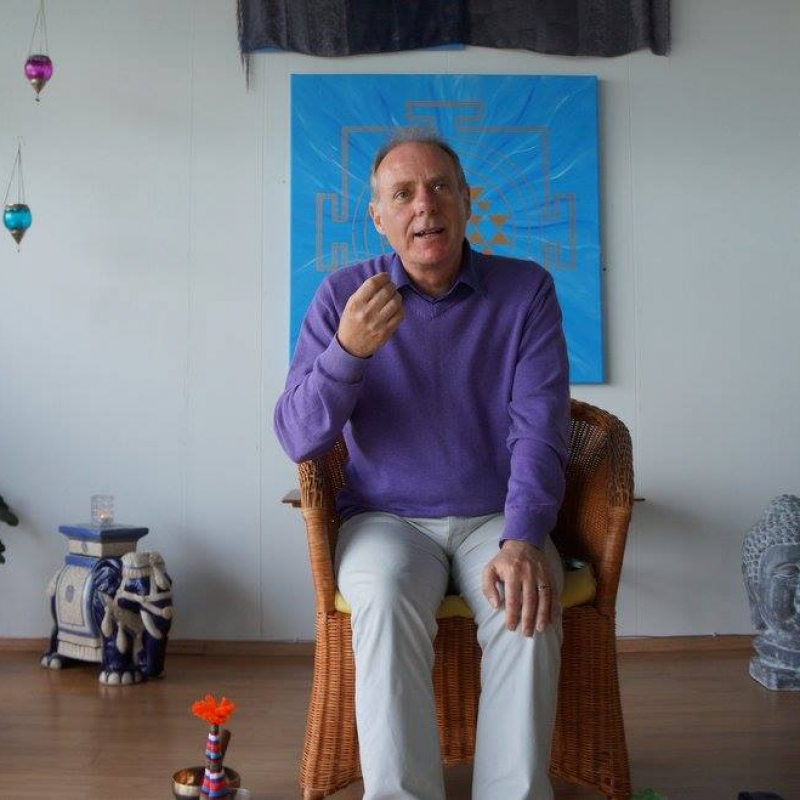 So that comes back full circle to your highest and greatest good. How does this unfold?

By allowing it. By not getting in its way. It is not a doing but simply embracing its presence within you, through you as you.

So let me offer some practical examples that I came across sharing over the last few days.

A friend was feeling called to train in a particular complementary therapy course to support herself and possibly offer this as part of her work. On the face it all seemed fine there seemed to be a ‘magnetic pull’ (her words) towards it and it was worth investigating. We discussed what the benefit might be briefly some pros and cons were identified.

However, it was evident that she really needed to look at what was in her highest and greatest good. As I sat with her I asked to let the awareness of Infinite Silence emerge in her. She is practiced at this having been to a number of events and a retreat so the awareness came quickly.

Then I simply asked her: Be open now to what is in your highest and greatest good, the highest calling of your heart right NOW without any pre-conceived ideas or judgements about it… and listen.

Within a few moments she laughed out loud saying that was a surprise. What had emerged in her was something entirely different. It was to “Sing.”

It turned out she loved Singing and had looked into it before but had stopped herself for a variety of reasons all from the egoic-mind. As the awareness deepened it was becoming clearer this was part of her unfolding part of the natural expression of the Infinite in her. Could this really be the case? Yes! It felt good and as I have seen many times this insight of the highest good often comes as a surprise and feels good on its first awareness.

Later ego comes in and starts to try to dissuade you. It fears its demise.

Listen to the heart message it’s joyful and light!

All this was shared openly at the Gathering in Grace. A great way to reinforce the awareness and the commitment to it.

Since that time the Universe has not messed about. It just so happens that the perfect opportunities just started to open up so that she can explore this unfolding in the way that is perfect for her.

Coincidence. No such thing. Synchronicity yes. The blocks have been removed and when that happens the Universe that you are doesn’t mess about. It knows where its truth rests and makes things happen.

There were two other cases that emerged one at the event and one a day or two after.

One person by asking for what was in his highest and greatest good into pursuing a calling he was feeling gained in his words “a load of insight” about why this would help him on the unfolding of his ultimate truth. The step was not so important in itself as the clarity as to why this was in the highest good.

Another friend, whose been experiencing a significant shift and realising certain talents were calling to be expressed asked the same question whilst resting in Infinite Silence. The answer: “share it to heal others and yourself’.” How beautiful is that.

There is a childlike joy I detected in all of them and they’ve said that each in their own ways as these awarenesses emerged. That’s what its like when you are open to your truth.

If, however, you are hanging on for grim death to a much smaller version of yourself then quite the opposite will feel true. It will feel fearful, challenging, hard work, painful and more. The answer to this is to face the fears head on. Witness them from Infinite Silence (see Transmuting Fear into Love) and watch them melt away.

An insight that was confirmed to my wife just the other day on this very thing was this:

“Thought cannot ease your pain, presence will transform it.”

The Presence is your absolute truth. Infinite Silence.

You are life. When you truly open into the Infinite Silence it will always bring forth that which is in your highest and greatest good to either release or open into a new experience.

The rewards are huge for it will take you to your ultimate truth.

What more could you want?

For comments and questions scroll below the recommended posts!

Philip Wade
Philip experientially realised the nature of the True Self which 'spoke of itSELF' as Infinite Silence. He shares this profound gift with the world through direct experience, Spiritual Inquiry, Infinite Touch and via this website and other outlets. The sharing has reached all continents and he has held events in the UK, Iceland, Greece (Corfu and Crete) and Amsterdam.
Recommended Posts
Showing 2 comments